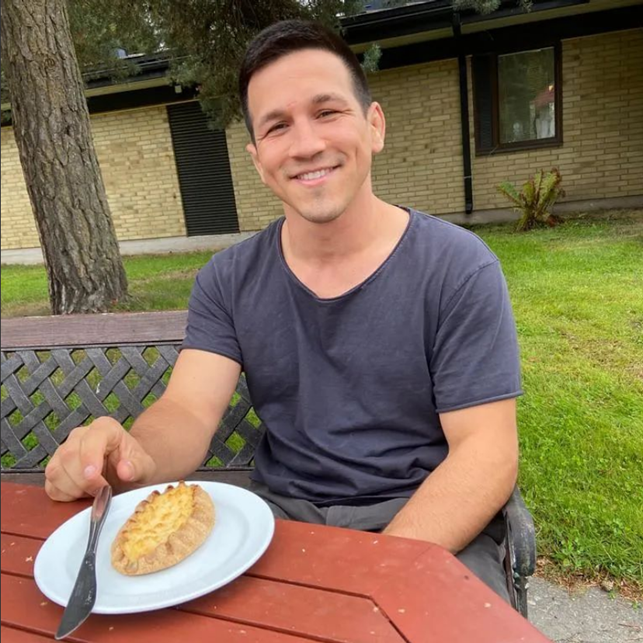 The two-and-a-half-hour train ride from Helsinki to Joutseno was conducive to self-inquiry: I was trading an American suburban life for one of uncertainty and unfamiliarity. Replacing the glass and steel buildings that hugged Connecticut highways with the greenery of untouched land, semi-naked pine trees that appeared burnt and reflections of black lake water in between. I didn’t just see change—I could feel it. It was the same strange, visceral encounter I experienced several years prior in Finland. One that is both comforting and humbling. A feeling that begins as nervousness in your stomach and works its way to your imagination, reminding you of how small you are in this world because you are in a place where you are unknown and, essentially, a beginner again. It encourages you to be curious and ask questions. Even if it means facing the prospect of embarrassment or being wrong.

A year and a half earlier I left my graduate school program in architecture because I wanted to volunteer in Finland. The former angered my parents, and I was told by a friend I had inadvertently committed “career suicide.” In the estimation of others, it was an illogical decision that did not fit into the groves of a standard, successful existence. Because in the United States, especially in New England, people use the ruler of prestige to measure their life. External achievement, like what brand name college you attended, the job title below your name on a LinkedIn account, or who/what you might have conquered in the world of sports, means more than fulfilling internal needs. After a while, however, it becomes a burden to live a life of imitation by pretending to care about things that don’t align with your own values. So eventually you grow brave enough to respond to the whispers of your own voice, even if it tells you to move 6,600 kilometers away from home to an obscure place that is difficult to delineate on a map.

My introduction to Finland did not begin in Joutseno. It began as a teenager when I was introduced to my sister’s boyfriend at the time, Mike Vaskivuo. While sitting in an auditorium of an art history lecture in college, I was exposed to Finnish architecture and design. Thereafter, I would be stuck in Helsinki on a layover, and by chance, would meet up with the same person who I idolized as an adolescent. Four years later I discovered another Finn, Saija, living in Massachusetts who was teaching the language. I can’t recall, exactly, how I stumbled upon Joutsenon Opisto. My wanting to come here probably had something to do with my experience at a boarding school in the states. It’s difficult to unearth our true motivations for doing things, and even harder, to give concise explanations you hope will be returned with an understandable nod. It had more to do with what felt right at that time than using a rigid cognitive method as a determiner. Nonetheless, I have been pulling the string of Finland since I was 15 years old, and for whatever reason, that string hasn’t run out yet.

Lifting a heavy blue suitcase from the train onto the concrete platform, I was greeted with rain drops from grey skies. The atmosphere somber, it was chilly, and the summer weight t-shirt and sandals covering me were not appropriate for that Thursday, an introduction to subsequent days. I cautiously rolled my belongings towards the exit without attempting to beat the rain. One person from the opisto was supposed to be picking me up; I had already constructed her character on the journey there. She would be from an anonymous town that even a native Finn might not be able to locate. Shy and hesitant upon speaking, a consequence of giving too much consideration to the validity of even the most straightforward questions, she too, will have recited words in an attempt to relieve the inevitable apprehension that comes with meeting strangers. Instead, I saw two people walking shoulder-to-shoulder towards me wearing all black, save the burgundy rain jacket that complemented an unnatural, but fitting, shade of red hair from the shorter of the two. In front of me were Heidi and Joanna, and before we would exit Heidi’s car to visit the S-Market just twenty minutes later, they would render my narrative false.

That was more than three months ago. So far, this experience has been more than a cultural shift. Insignificant things, mundane occurrences that are part of ordinary life, have become interesting: finding the right words for ordering a cappuccino or growing frustrated with the washing machine because it knows more Finnish than you do. You become aware of things that normally go unnoticed, like the sound of small stones compressing underneath your feet as you transition from descending the wooden stairs behind the toimisto onto the path leading to the taidetalo. Time goes by quickly here as almost every day is different. Mondays and Tuesday’s I work in the toimisto. On Wednesday’s and Thursday’s, I help teach art—and learn—with Mirja. And on Friday’s I join the S2 students in Johanna’s Finnish course. Free time is reserved for studying, visiting the sauna, cooking, or working on my architecture/design portfolio. Lappeenranta is fifteen minutes away by train and provides a change of scenery. Growing up in the U.S., we never travelled by train—anywhere. Everybody owns a car and travels on four wheels. But being a passenger on the train has its own salutary effects. Your sense of reality becomes stronger as you can intently observe what’s on the other side of the glass; time slows down because you’re now an eager spectator. Instead of living in the future you take advantage of the opportunity to be present. That elusive feeling of presence serves as a reminder that being here is a privilege. Even if day light disappears by 3:30PM, or the noticeable stares from people in the community has raised questions, I am lucky to be in this position.