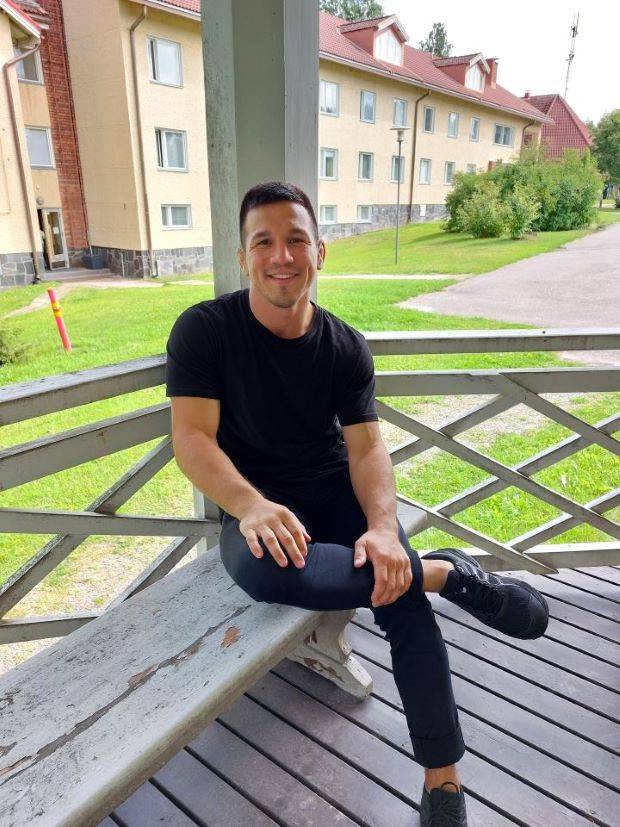 The exodus of the students has left a discernible void at the opisto. What gave it life is now gone: students revealing themselves to strangers for the first time, the abstract line of people walking from ruokasali to the asuntola, and the sounds of friendships being made. The shaggy-haired student from Oulu who found it necessary to give a curt, but extended, “Helllllo” every time somebody walked past the common room kitchen. The sweet girl who wore red slippers and frequently sat on the couch in the common room with her left ankle resting on her right knee for extended hours knitting hats and other wear. And of course, the inquisitive fellow with an excellent memory who gave fervent history lectures to his girlfriend and everyone else who was within the boundaries of the common room. Yes…Niilo. To everyone on the second floor, thank you for allowing me to be part of your life. You have shown kindness and humility that is hard to find in other parts of the world. There is a heaviness in my footsteps as I navigate this place alone. I visit taidetalo and the dormitory searching for fossil evidence from the past school year, still unable to accept how cruel the sudden exit of people from your reality can be. I am going to miss all of you; I already do.

Ulla- Thank you for answering that email over two years ago. It means more than you know.

Heidi- One day you might notch a victory over me in ping-pong. Until then, keep your ear to the grindstone. Finally, your smile and child-like, lovely laugh are far more valuable than a reflection in a mirror.

Joanna- Thanks for being the best roommate in Rovaniemi (Mirja’s snoring knocked her down to a close second). Still waiting for you to send that newspaper article/study, though. I’m curious, what is the correct way to pronounce “Suit”? And what makes your drink “healthy”?

Mirja- Remember not to call someone’s name out while they drink coffee…they might spit it out. Thank you for everything.

Veli- Nobody has to worry about which version of you they’re going to get. You’re pure. Thank you for always being true. Remember going through the Mcdonald’s drive-through by foot in Lappeenranta at 2 AM? As always…business. 📞

Emma- Our relationship was never adversarial. Sarcasm is just a form of caring. But I did try to poison your pasta once. Ha, just kidding. But seriously…

Arto – Do you remember seeing your name three times on the screen in the auditorium during the Korean game on the last day of school? That was me. Kippis!

Being in Joutseno provided fertile soil for questions to arise, convictions to strengthen, and ideas to be carried out. Solitariness created favorable conditions for values to become rearranged, perspectives to be drawn again, and tenets that were imparted during adolescence to be reconsidered. A similar process an artist uses when sculpting, continuously adding, subtracting, and pushing around layers of clay until a satisfactory vision is achieved. However, there is no true final form. The object, in your mind, will always be malleable, an area that could have been done differently or “improved.” The absence of absolute certainty leaves room for doubt, and what follows, are questions turned inwards, some of which might never have a definitive answer. But you still find solace in knowing what you built is your own and represents a process of thinking that is unique to you.

What is love?
Does it begin with physical attraction and is accompanied by anxiety-like feelings? Or is it a bond that becomes welded together by shared ideals and common values? Strange, but delightful, proclivities between people to ask the same questions, and occasionally, look at each other with timid delight when you discover a shared stream of thought,
“Yea, I’ve been thinking about that too.”
You feel at ease just being in the same room as them, grateful just to be in their presence, even when sitting in silence. Their unexpected, confessional text messages can lift us from unexpected lows and bringing color back into our lives. The most passionate, but humorous, conversations will sometimes emerge when one of you says,
“Do you remember the time when…”

What’s funny is your coming together did not happen spontaneously. There was no magnetic buckling. Time did not stop. Clouds did not part making way for a sublime and beaming sun. A man with long hair wearing a white robe holding a wooden staff did not fuzzily appear walking towards you in the distance ready to deliver some epiphany. There were no “sparks.” You might have even found their traits unattractive at first. What started as a slight aversion eventually transformed into something you couldn’t foresee: a relationship that, today, would be agonizing to be without. And more times than not it was the result of coincidence and patience. A departure from the quickly sprouted but transitory partnerships of the past in which we have told people shortly after meeting them,
“I love you.”

Those we designed clever, persuasive rhetoric for even before daring to become acquainted with their inner world. People whose phone numbers are no longer in contact list because their utility expired a long time ago. People whom we would now go out of our way—by making a swift turn down the dog food aisle in the grocery store (even though we don’t own a pet) or by pretending we caught a piece of foreign material in one of our eyes that requires our attention and causes us to abruptly look down—to avoid. All because we failed to recognize just how strong of a grip beauty and culture have on us. We became blinded by the illogical yet inescapable narrative that one person whom we barely know can cure our loneliness and is the missing puzzle piece to a fulfilling life. When our feet return to the ground, however, so does our desire to reclaim the honest connections like those lost on the last day of school. People we grew to love for they are in themselves rather than for something we could get out of them. Relationships called friendships. True friendships.

Ulla once asked, “Is there anything that we could have done better, something that would have made the transition easier for you?” In the joking words of a friend,
“Give a mouse a cookie and it will ask for milk.”

You gave me everything; I can’t ask for milk. Would it have been convenient if somebody told me that you need to press the stop button on Onnibus, and if you don’t, the driver will happily drive 17 kilometers past Joutseno, forcing you to take a cab from Imatra and pay nearly 50 euros in the process? (That same morning I missed the bus from Joutseno to Helsinki by one minute and was forced to rebook my entire trip. When I did make it to Helsinki later that day the art supply store, to my surprise, had closed at 4 pm. Amerikkalainen idiootti) Sure.

But experiencing a gamut of emotions was a necessary and integral part of being here. Oscillating between excitement, doubt, and contentment is what made it real. Elation and disappointment that still encourages you to give opportunities to circumstances that would normally be disregarded and so easily missed. Seemingly random situations that reinforce the idea that you must take “risks” even if they result in pain. Like traveling from bus to tram stop by foot at 2pm on a Sunday posting A4 size posters trying to find a girl whom you barely even know because your intuition told you it could lead to something promising. Sometimes, however, you get lucky when you make rash and reactionary decisions and find yourself in the company of extraordinary people in an extraordinary place. Unbeknownst to you, those people and that place will make you better. They will bring out parts of you–emotions, thoughts, and ideas–you hid before, something only authentic people and places are capable of doing. Only people at the opisto.

There is a walking path to the left of taidetalo that branches out closer to the shore and leads to the lake. If you walk all the way down it, underneath the overhang of tree branches, there is a series of rocks that peak slightly above the water. It makes for a pleasant place to observe, especially when the sunlight begins to disappear. My time standing was always brief, maybe ten minutes, but the experience was rich. I would stare across the water at the mänty trees in the distance and listen to the gentle waves hit the rocks as light tears would fall down my face. The feeling of being there is nearly impossible to describe, ineffable. It is so unique and visceral there is nothing to compare it to. You become so in tune with your senses and what is in front of your eyes that you forget who you are, where you are, and how you arrived there. Almost a pause in the flow of history and time. So powerful, I would poignantly say to myself,

It was real. Though momentary, I’ve never felt greater appreciation for being alive. No longer having to carry around the weight of existential dread because, finally, after what feels like a lifetime of looking at a clock, wishing time would speed up, and living in the future, I felt at peace. That it wasn't necessary anymore to live a life akin to a performance, an act. I don’t know what changed. It becomes a secret between you and the place, a mystery that not even the author understands. And after a while you begin to think that you don’t have to be a great athlete or continuously climbing the summit of human achievement to deserve a place in this world. That it is OK to just be. By most metrics the days in Joutseno and standing on that rock were quite ordinary–and maybe that’s enough. 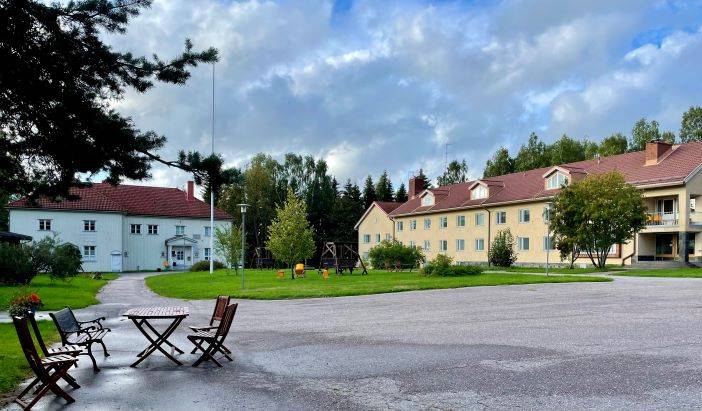